J.C. Williams Group was founded in 1974 by John Williams. John had a prolific international retail career spanning over four decades.

At the age of 15, his first job was in retail as a part-time ‘bagboy’ packing parcels and shelves for 85-cents per hour at a Safeway store in Vancouver while pursuing his studies.

John moved on as a summer salesperson at Eaton's in Vancouver. He quickly rose the ranks to head buyer for women's fashion in Toronto and earned a Master's Degree in Business Administration at Northwestern University's Kellogg School of Management.

His work took him from India, the Middle East and England to the USA and Canada. He worked on urban revitalization and applied his customized “WOW! Factor” to stores and malls around the world. For over four decades, he and the J.C. Williams Group have been the go-to experts for Canadian retail. John was inducted into the Canadian Retail Hall of Fame in 2013. The award is presented to executives who have demonstrated leadership in advancing and promoting the retail industry as a career and who are strong advocates of retail education and training. This was an honour he cherished.

Today, we are a unique team with valuable brand building/business building experiences and expertise. Our aligned culture has helped create a well-defined Brand purpose that focuses on helping our clients be more successful however they define success.

Our goal is to deliver results-driven strategies backed by in-depth research and analysis of the global landscape to ensure that our clients develop customer-focused experiences that build communities and foster collaboration and inclusivity. 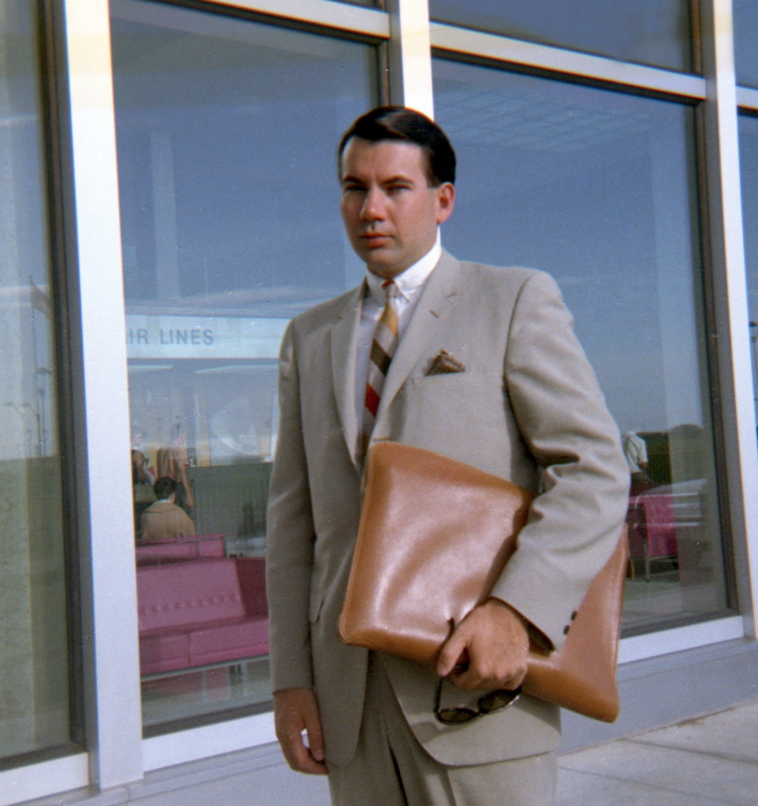 Maureen Atkinson joins on as Senior Partner and head of research 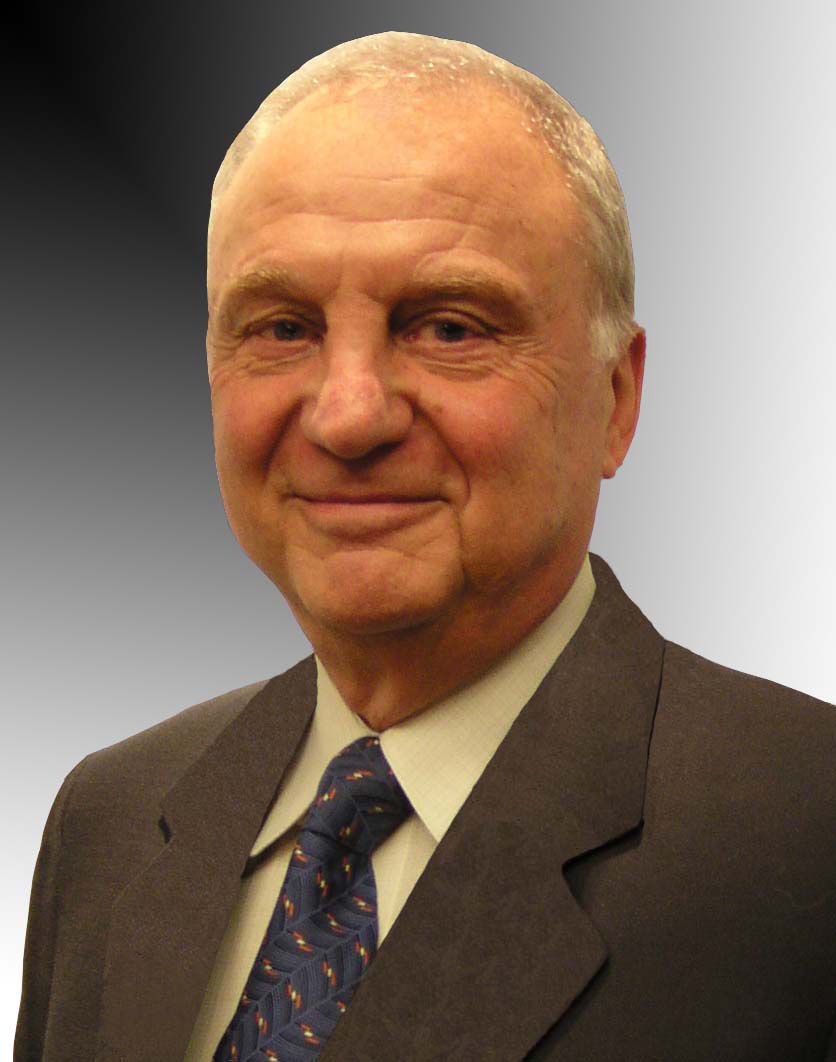 Bringing his branding and marketing expertise to the firm 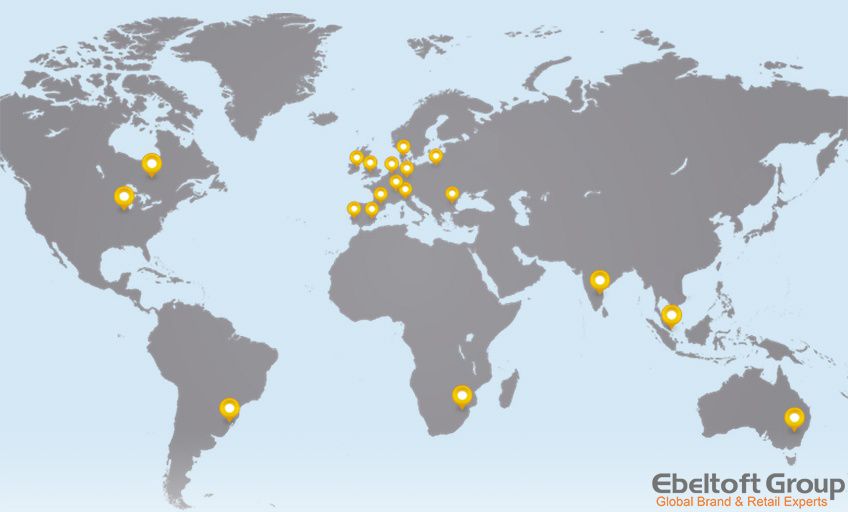 J.C Williams Group joins the Ebeltoft Group, an international network of retail consultants. These consultants provide access to retail contacts, market intelligence and clients all over the world, keeping the channel of communication, insight-sharing, and opportunity open. 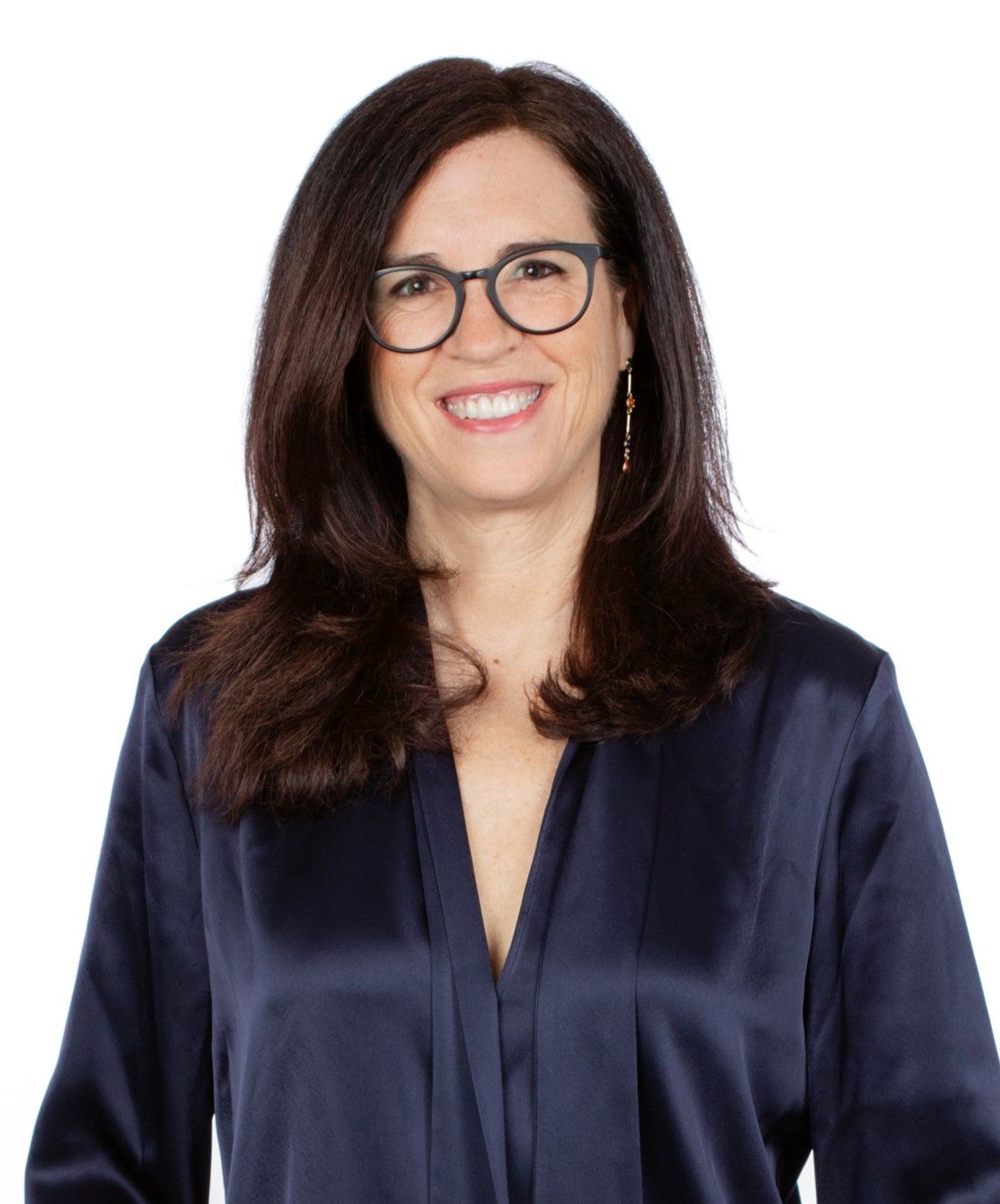 Bringing strategy, operations, and human resources expertise to the firm 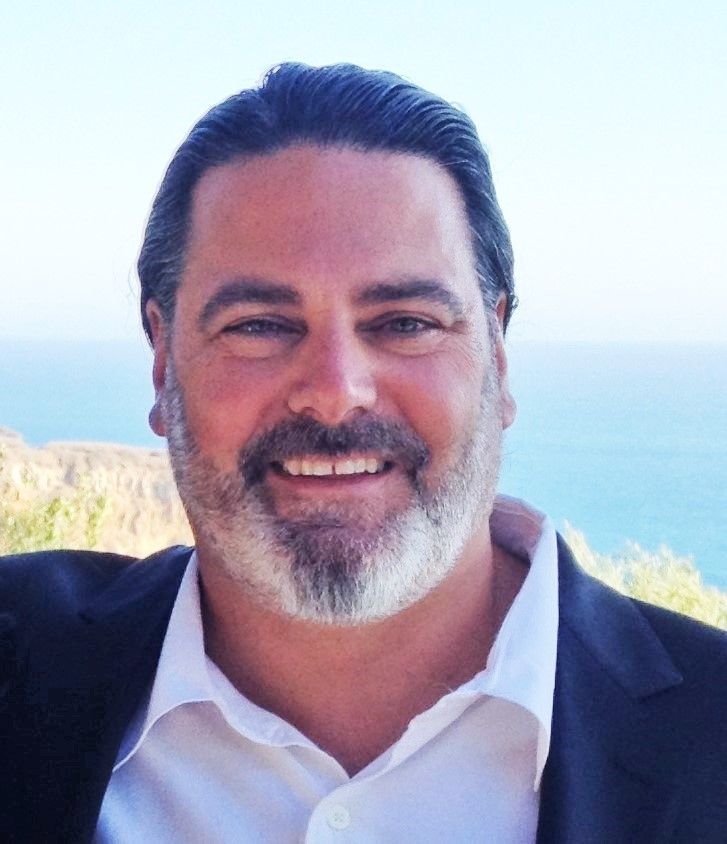 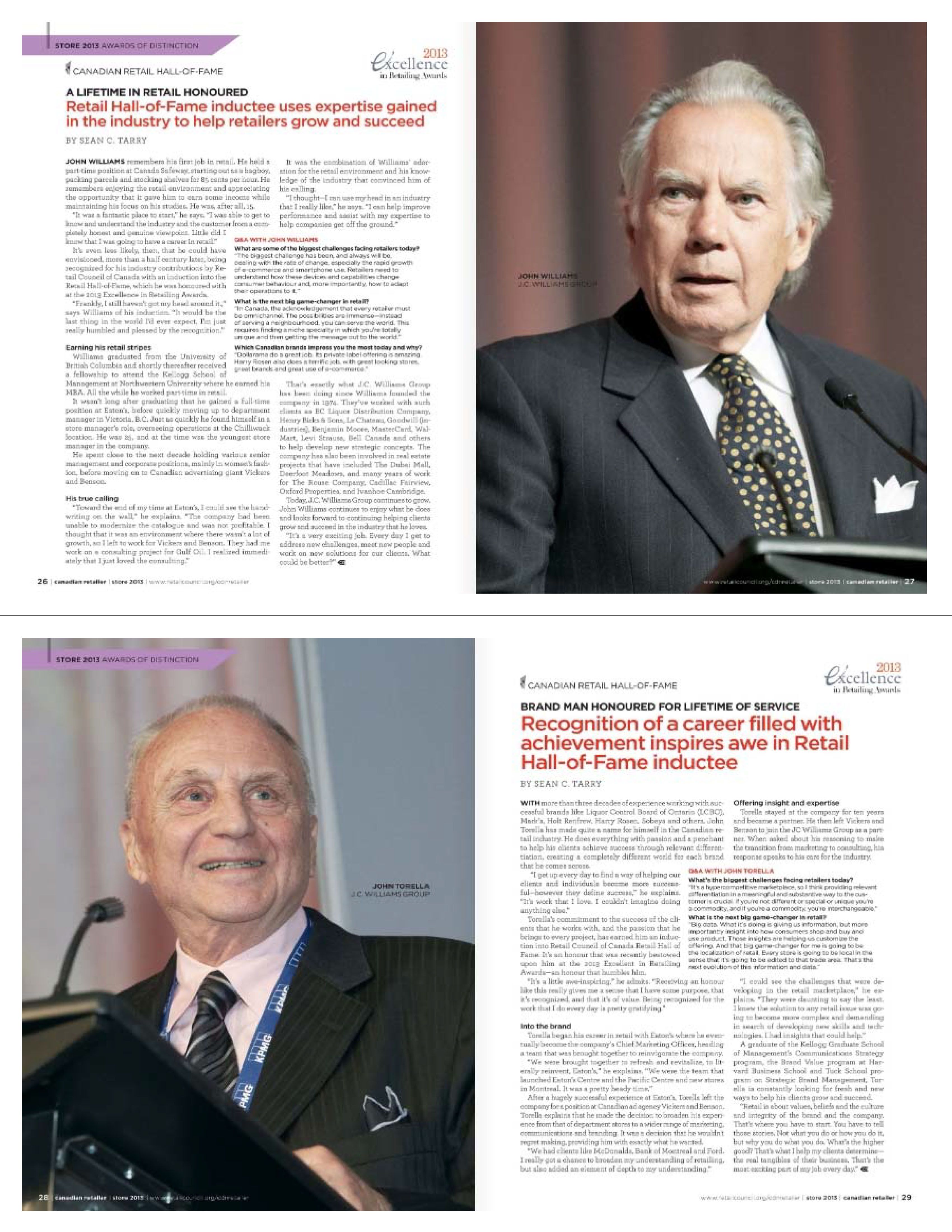 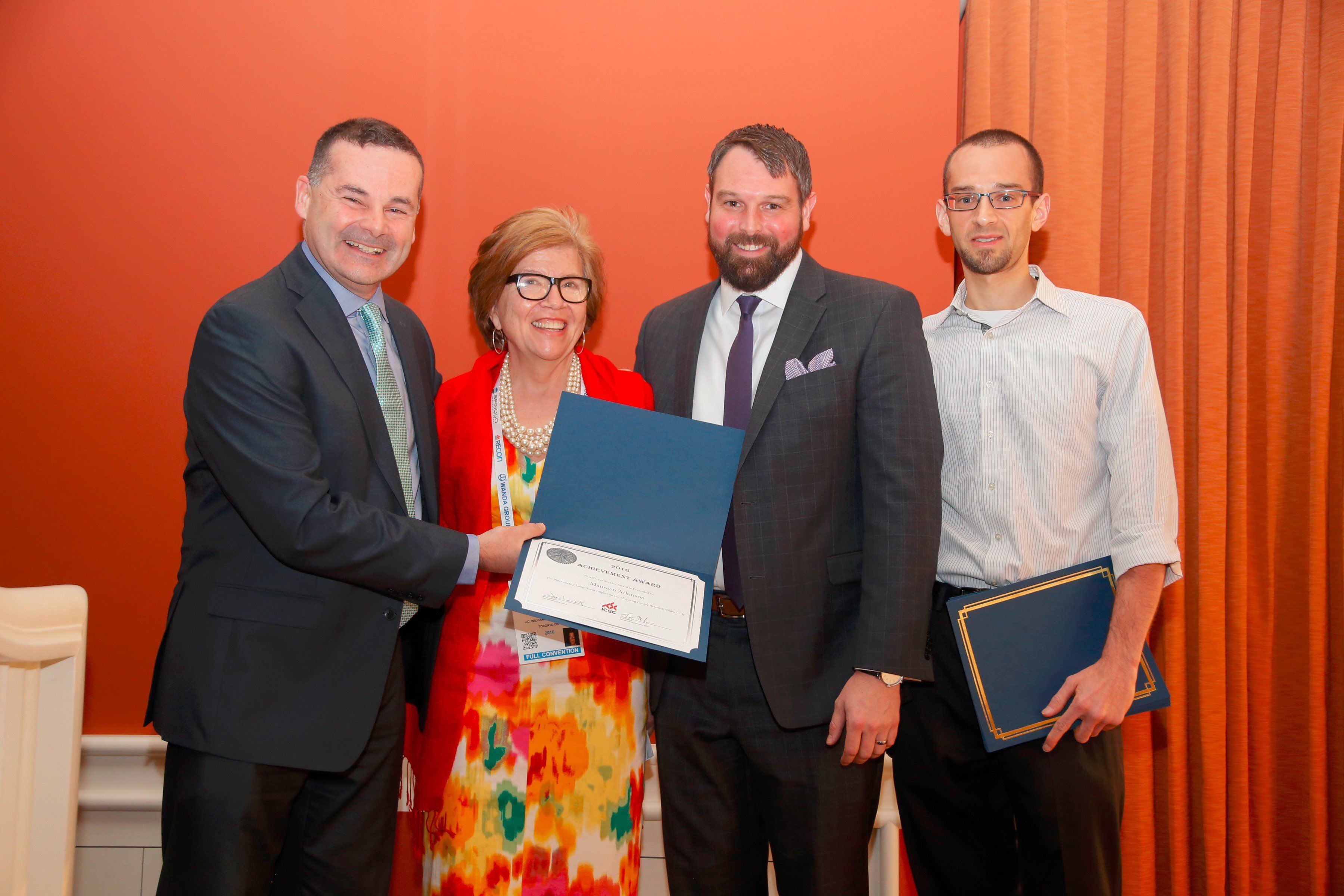 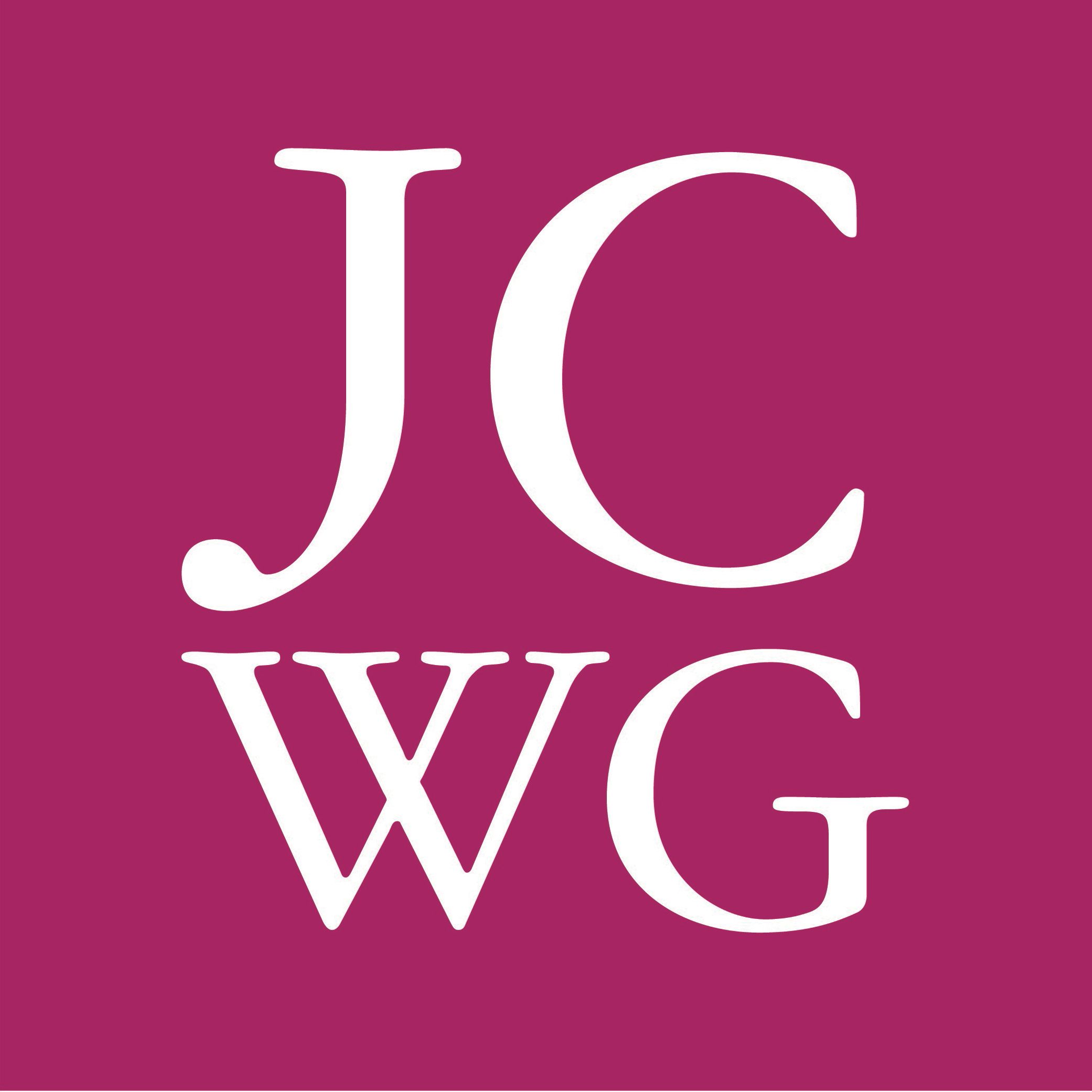 At J.C. Williams Group, we believe that the only thing equally important than the product or service a retailer is selling is the team doing the selling. The culture of a company, the voice, the personality and values - they’re everything! Our team is multi-generational and diverse individuals including the most seasoned retail senior advisors in Canada complimented with operating and senior partners who manage execution and implementation of all projects.

JCWG is proactively committed to hiring and developing young talent to provide in-house expertise and opinion on our projects and provide continuity for the exciting and bright JCWG future.

JCWG is the exclusive Canadian partner of The Ebeltoft Group, a global alliance of retail and brand consulting firms, working closely with clients from around the world, to transform their businesses and develop innovative and strategic retail solutions to help face complex challenges today and explore tomorrow's opportunities. For more information, visit their website here.